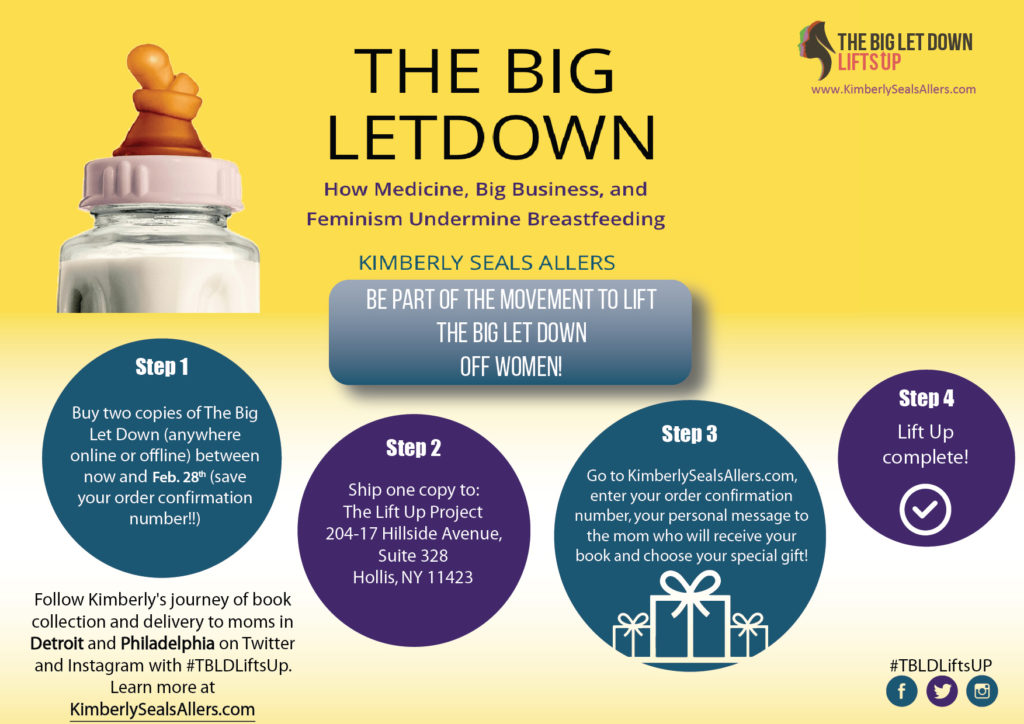 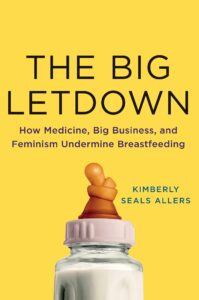 Women who don’t meet their personal breastfeeding goals tend to think it is their fault. It is time for women to stop blaming themselves.

Women are starting to learn that difficulty with breastfeeding isn’t their fault, and that oftentimes what is happening is that the hospital environment and modern medical system isn’t setting women up for breastfeeding success. The hospital is sending women home with formula because, in many cases, they are paid by formula makers to do so. Doctors will say that breastfeeding is best, but not necessarily educate women or give women the support they need in terms of education, support or encouragement.

In America, the art of women handing down knowledge from generation to generation–helping provide women with the confidence they need to take care of themselves and their baby–has been lost.

This podcast episode and book are a must for anyone considering breastfeeding and interested in learning the context around breastfeeding practices in America. It is incredibly empowering for mothers to understand their breastfeeding options and to hear THE TRUTH about the experience of breastfeeding. (As in, breastfeeding can be a little tough at first, but that with encouragement and perseverance, it can be achieved.)

Our guest on episode 23 is Kimberly Seals Allers. She is a mother of two living in Queens, NY. She is an award-winning journalist, author and a nationally recognized media commentator, consultant and advocate for breastfeeding and infant health. A former senior editor at ESSENCE and writer at FORTUNE magazine, Kimberly is widely considered a leading voice in the counterculture movement in infant feeding. Last year, her online commentaries on the social, structural and racial complexities of maternal and child health issues received over 10 million page views. Kimberly’s fifth book, The Big Let Down—How Medicine, Big Business and Feminism Undermine Breastfeeding was published by St. Martin’s Press in January 2017. Learn more at https://kimberlysealsallers.com/. Follow her on Twitter @iamKSealsAllers

Listen to Kimberly on Episode 24 of the Fourth Trimester Podcast. Click here for iTunes and click here for Google Play. Enjoy! xo

P.S. Join the Movement and Donate to Irth (as in Birth, but we dropped the B for bias) helps Black and brown women and birthing people have a more safe and empowered pregnancy

P.P.S. Other resources mentioned during this episode included:

Watch the trailer for Why Not Home? here: